This zucchini pizza crust is the perfect way to use up extra zucchini, just ask… 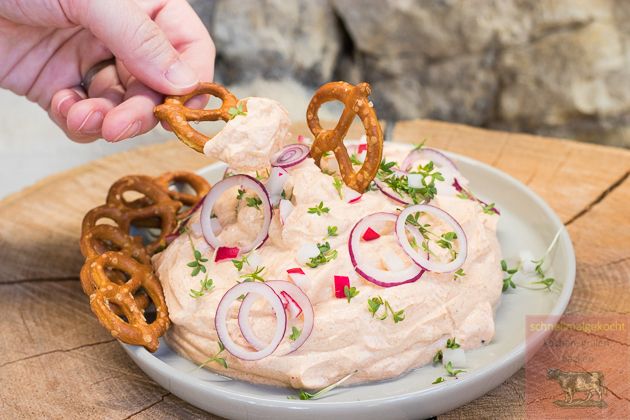 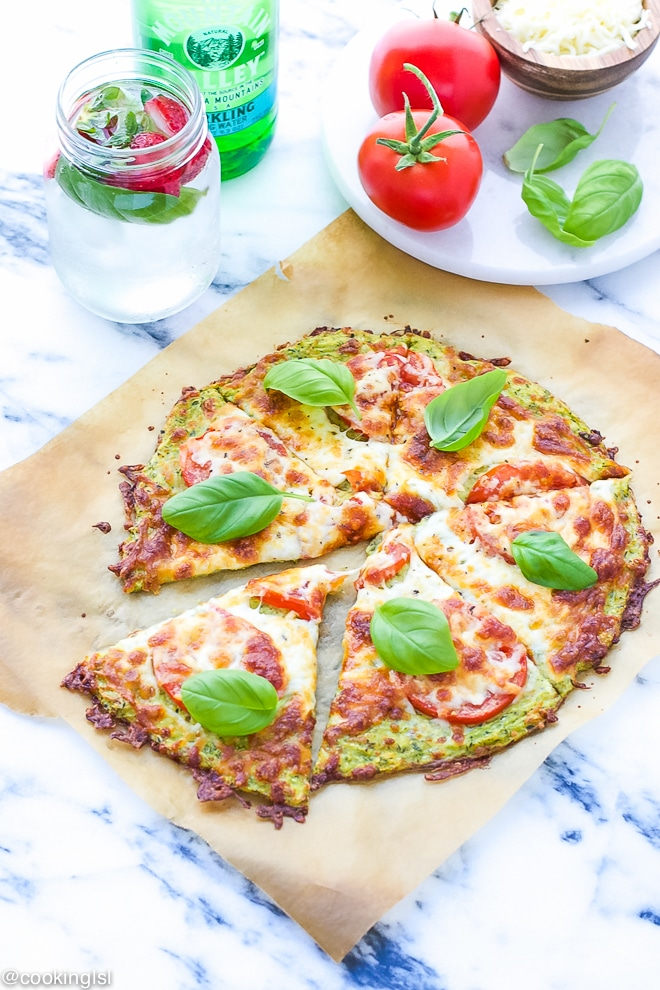 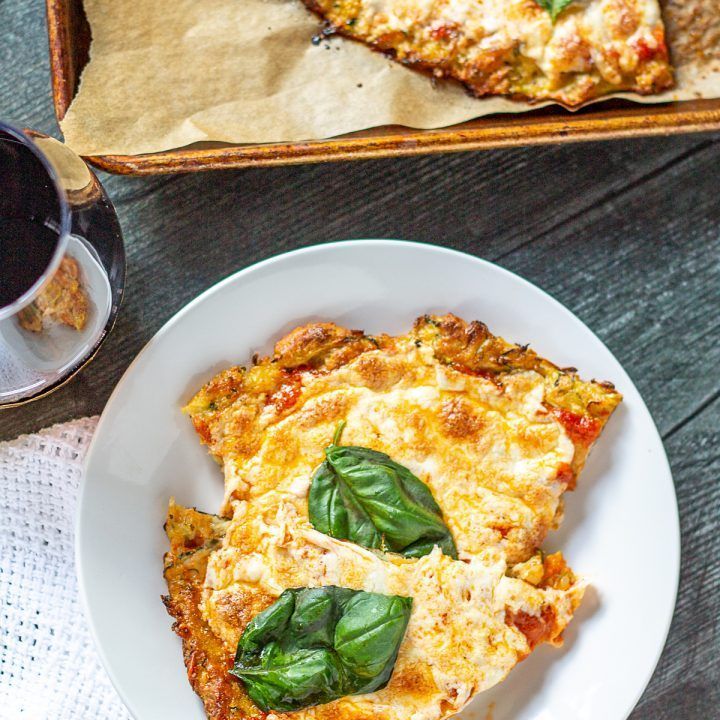 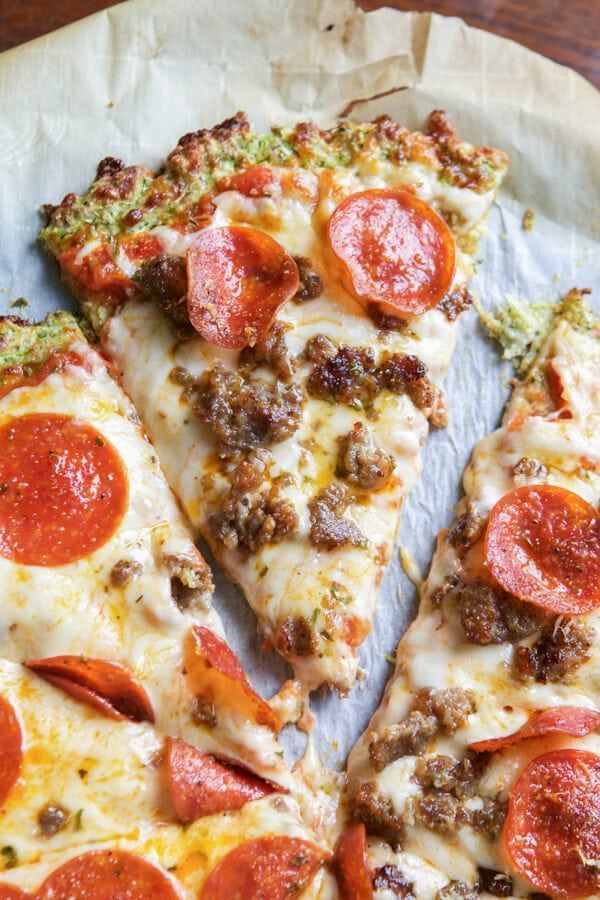 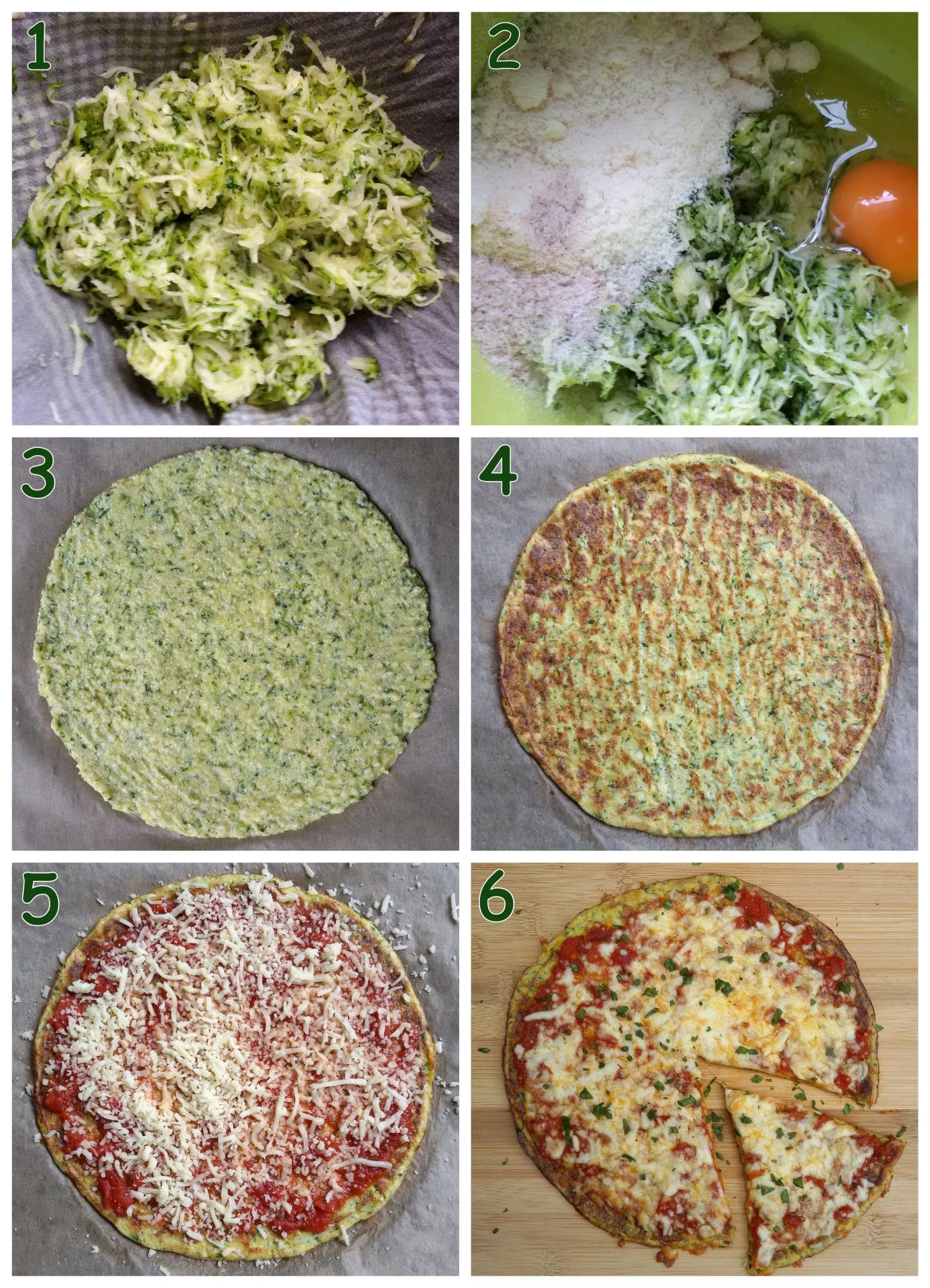 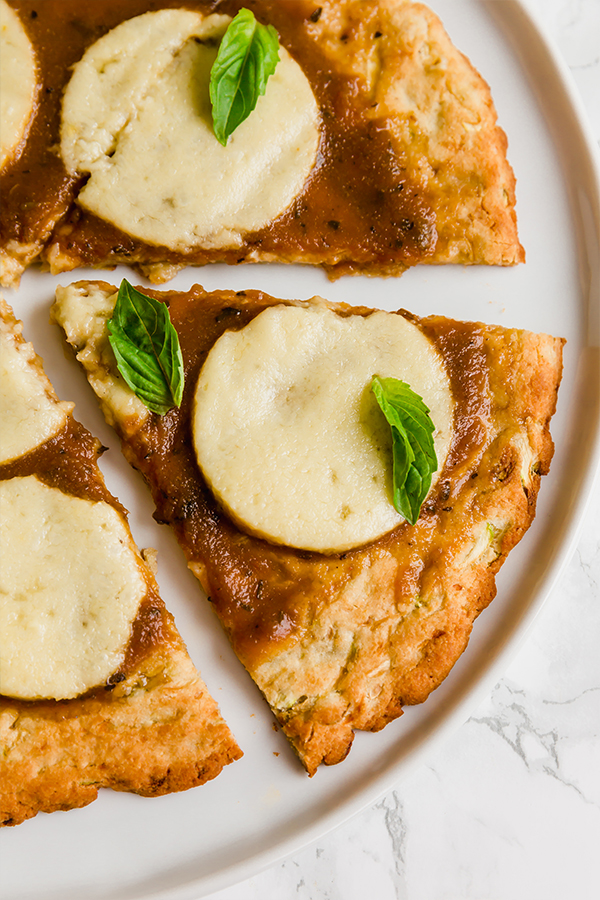 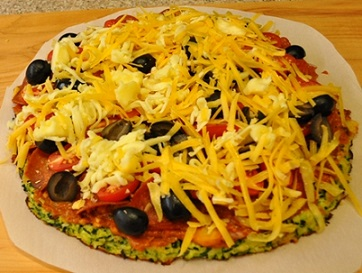 This Zucchini Pizza Crust recipe is gluten-free and flavored with savory herbs of thyme and oregano. The flavor and texture of the pizza crust was an unexpected surprise! It works perfectly, is very tasty, and you can use what you have available in your refrigerator to use for the pizza toppings. This crust cooks at a high temperature, 550 degree F. which produces a crispy crust. The toppings came out perfect too.This delicious Zucchini Pizza Crust recipe, comments, and photos were shared with me by Karen Calanchini, Food Stylist and Photographer, of Redding, CA. Pizza Recipes, Squash Hints, Tips, and Information, and more delicious Squash Recipes. Zucchini Pizza Crust Recipe:4 cups zucchini squash, (shredded)1 teaspoon salt1/2 cup cheese, (your choice (I used sharp cheddar and Havarti))1/3 cup almond flour*2 cloves garlic, (minced)2 teaspoons oregano, (chopped)1/2 teaspoon thyme (leaves, fresh)1 egg, (beaten)1/4 teaspoon saltPizza Toppings**Preheat oven to 550 degrees F.Place the pizza stone, if using, in the oven to preheat. A pizza stone should be placed on a oven shelf and preheated with the oven. Preheat the stone to the temperature you’ll be cooking the pizza at BEFORE you put the pizza dough on the stone. Pizza stones need at least 20 minutes to heat up fully. Once pre-heated, the stone evenly transfers intense heat to the food being cooked, ensuring a particularly crisply baked base.Place shredded zucchini into a large bowl with the 1 teaspoon of salt and mix well. Let sit for 20 minutes. Put zucchini into a piece of cheese cloth and, using your clean hands, squeeze the excess moisture out of the zucchini; discard the water. Place the zucchini back into the bowl, and using your hands, mix in the cheese, almond flour, garlic, oregano, thyme, egg, and additional 1/4 teaspoon salt. Pat it down thoroughly as you want it tightly formed together.Either use a parchment-lined baking sheet or use a sheet of parchment paper on your pizza peel (this is what I did). Place the zucchini crust mixture onto the parchment paper. Using your hands spread the mixture to form a circle about 12 inches in diameter, keeping the crust about 1/2-inch thick. Pinch the edges up so that it forms a nice edge. Transfer the crust on the parchment paper to the preheated oven and place on the preheated pizza stone.Using Pizza Peel: Slide the zucchini crust (with the parchment paper) onto your hot pizza stone. Once cooked to your liking, remove the baked zucchini crust (along with the parchment paper) from the oven and let cool before adding your toppings.Using Baking Sheet: If using a parchment-lined baking sheet, place it on the oven rack of the hot oven. Once cooked to your liking, remove the baking pan with baked zucchini crust (along with the parchment paper) from the oven and let cool before adding your toppings.Pre-bake the Zucchini Pizza Crust for approximately 8 minutes or until the crust begins to brown at the edges. Using a gloved hand, remove from the oven (leaving the pizza crust on the pizza peel or baking pan) and transfer onto a solid surface.Now you can build your pizza: As a suggestion, I used homemade Tomato Sauce that I had made from frozen Slow-Roasted Tomatoes that I had roasted last summer. You may use any commercial pizza sauce you like, or tomato sauce heated and cooked with oregano). I also added thinly-sliced red onions, halved plum tomatoes, turkey pepperoni, fresh minced garlic, shredded cheddar and Havarti cheese, and halved black olives. Be creative and use what you have in your pantry and refrigerator.Once you have created your toppings, transfer the pizza back to the oven and bake for an additional 4 to 5 minutes or until the cheese is melted and pizza looks heated through.Remove pizza from oven (using your gloved hand), and transfer to a solid surface. Add any additional toppings that you desire. Let rest a minute or two before cutting into serving sizes.Makes 2 to 3 servings.* Almond Flour is made from blanched almonds. It is low in carbohydrates and is a good source of protein, fiber, Vitamin E, and magnesium. You can substitute all-purpose flour, but then the crust will not be gluten-free.** Pizza Topping Ideas:Tomato sauce, Marinara sauce, or salsaPepperoniSliced avocados or guacamole sauceGrated cheese (of your choice - such as cheddar, mozzarella, parmesan, etc.)Roasted bell peppers, thinly sliced or choppedAssorted roasted vegetablesCaramelized onionsOlivesFresh tomatoes, sliced or choppedShredded lettuceBasil Leaves for garnishSource: This recipe has been adapted from the website, My Humble Kitchen, by Diana

This Zucchini Pizza Crust is easy to make and is the perfect low carb option for satisfying that Friday night pizza craving. It’s so easy to make with 5 ingredients that are grain free, gluten free and keto friendly. Perfect healthy pizza recipe to use up that summer garden zucchini. Simple to customize with your favorite low carb pizza toppings. 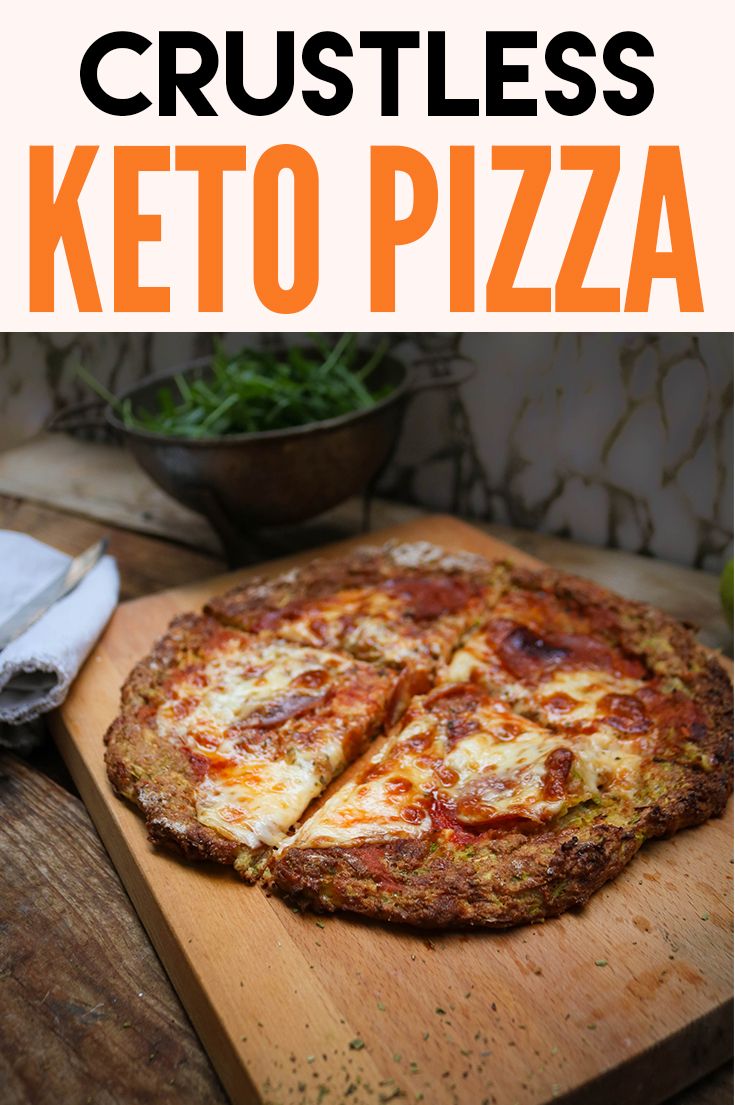 It’s finally time to let those understated zucchinis steal the spotlight. Versatile, low carb, and full of nutritional goodness, they can be transformed into a delicious keto pizza crust for a guilt-free treat. Ready in less than 30 minutes this...

Paleo Zucchini Flatbread | A paleo alternative to flatbread or lavash. You can use this as a paleo pizza crust or sandwich wraps! Or as a naan alternative to serve with Indian curries. 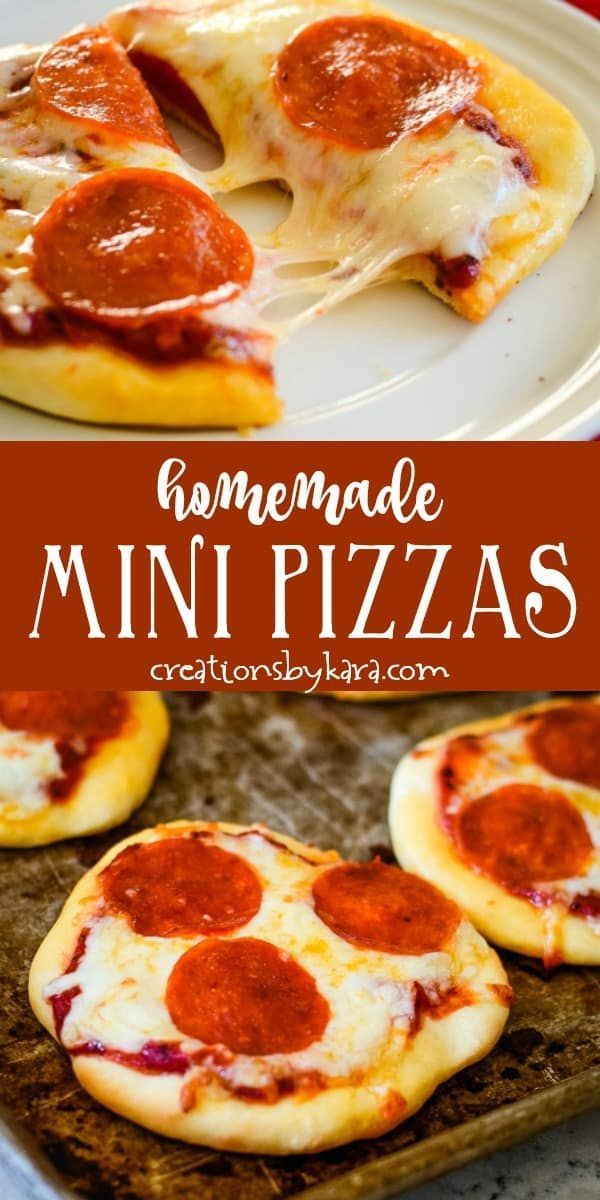 Every year it's the same thing, what to make with zucchini. We always seem to have too many.This year we made a killer zucchini pizza crust. 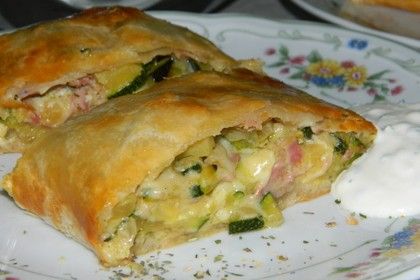 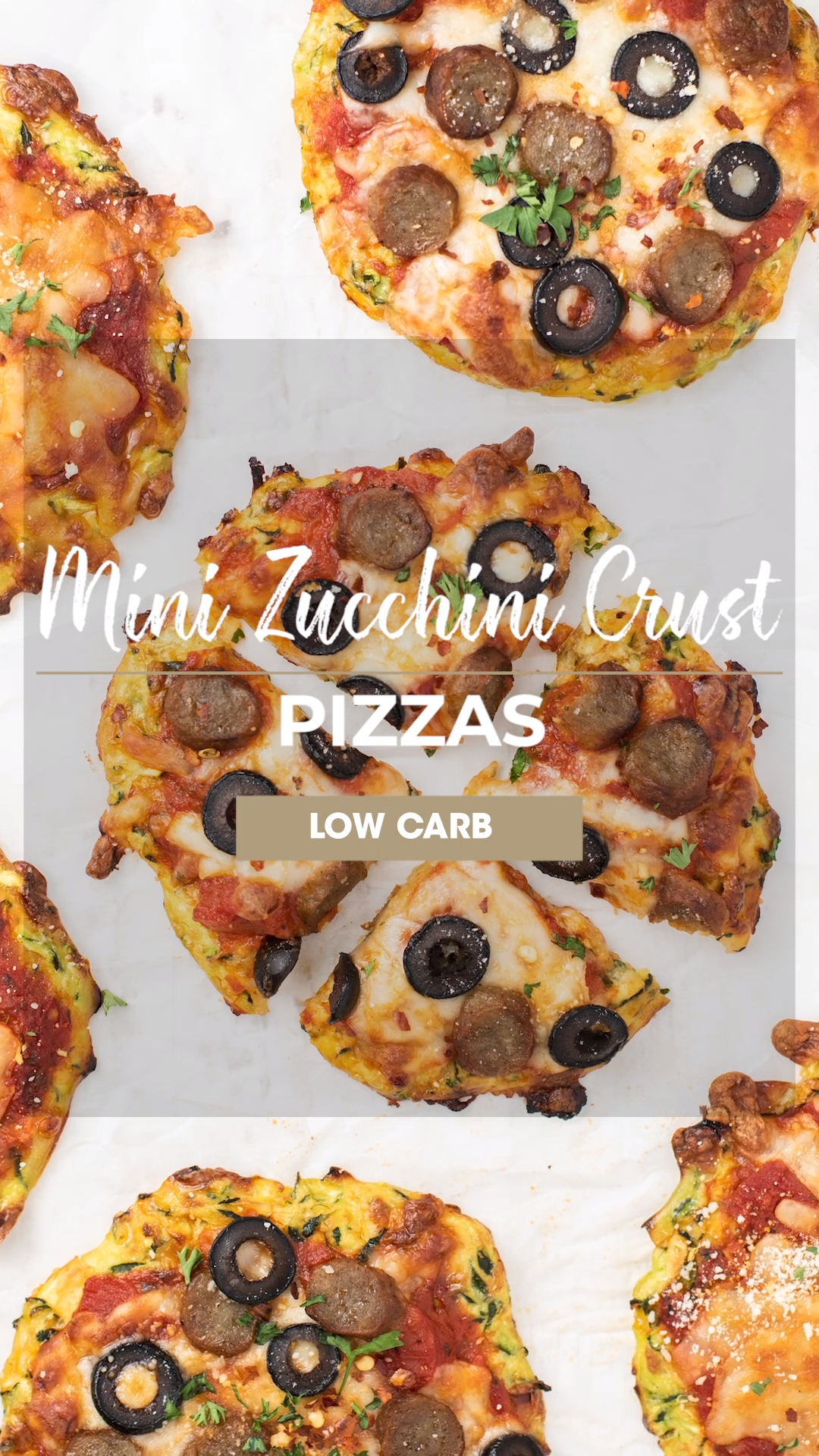 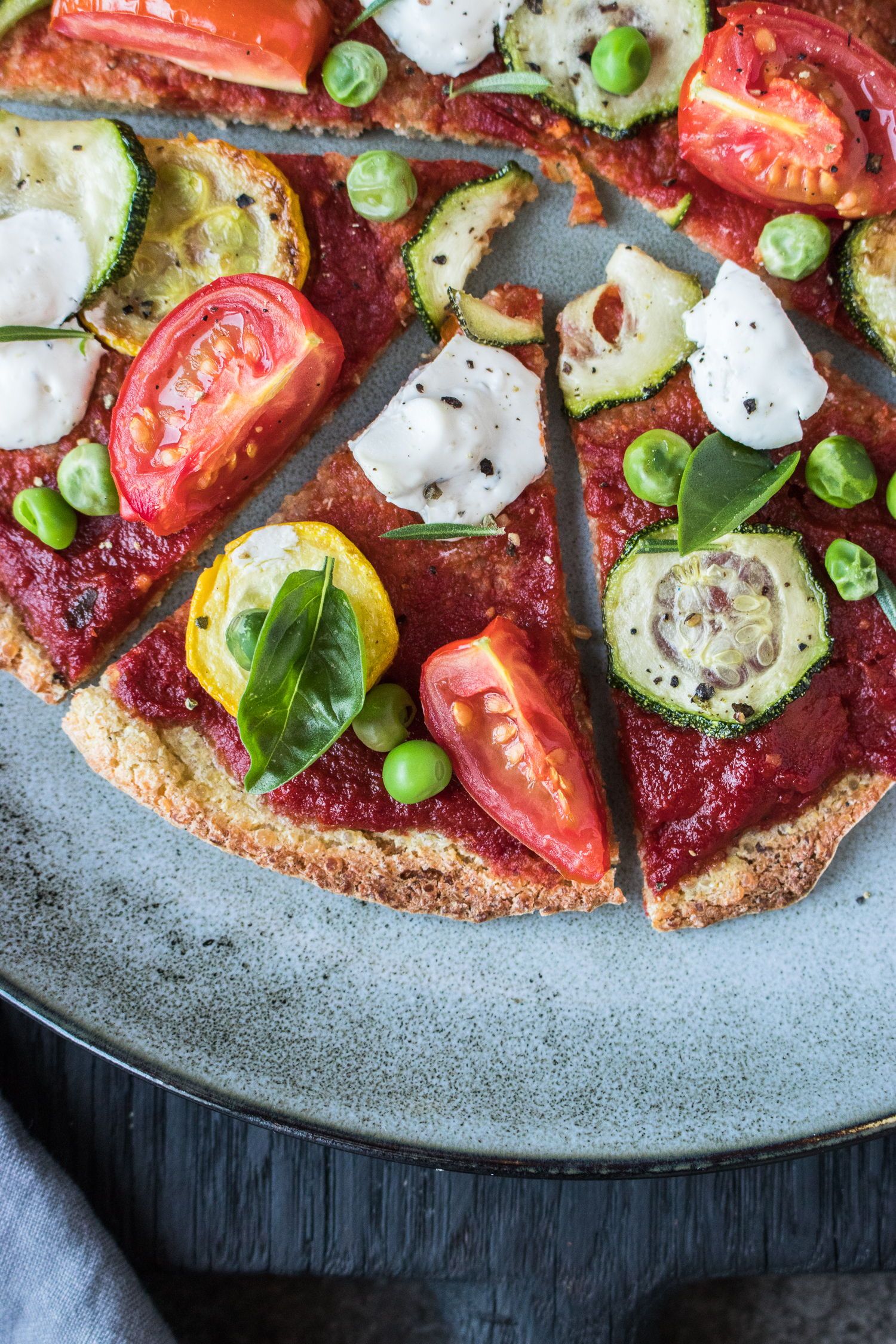 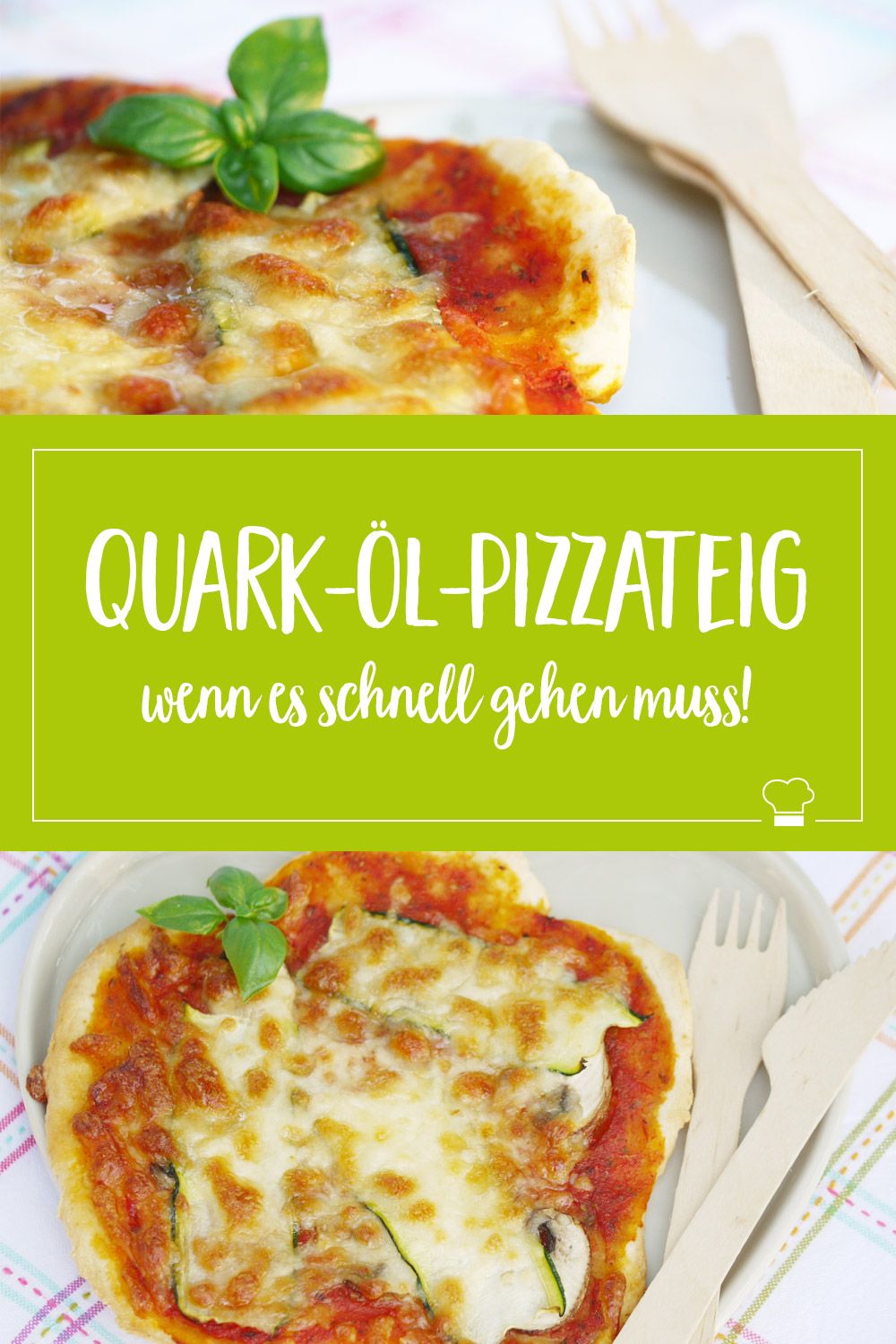 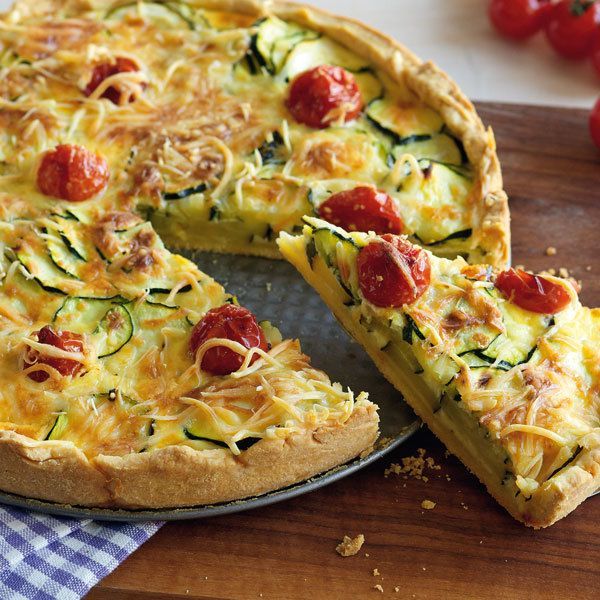 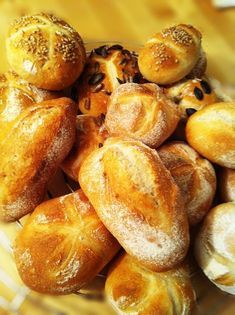 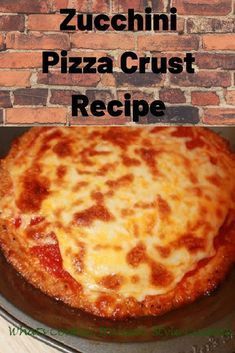 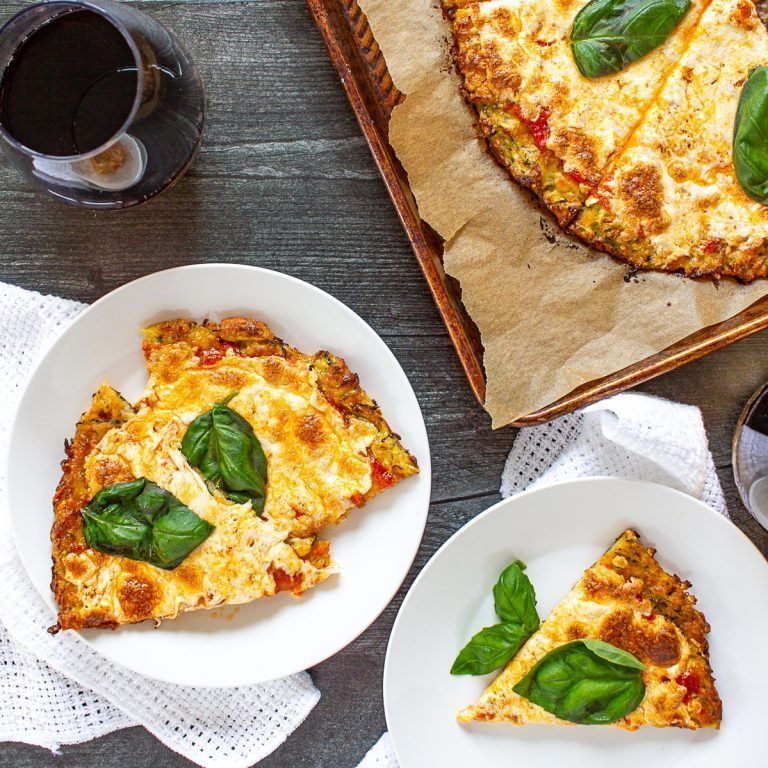 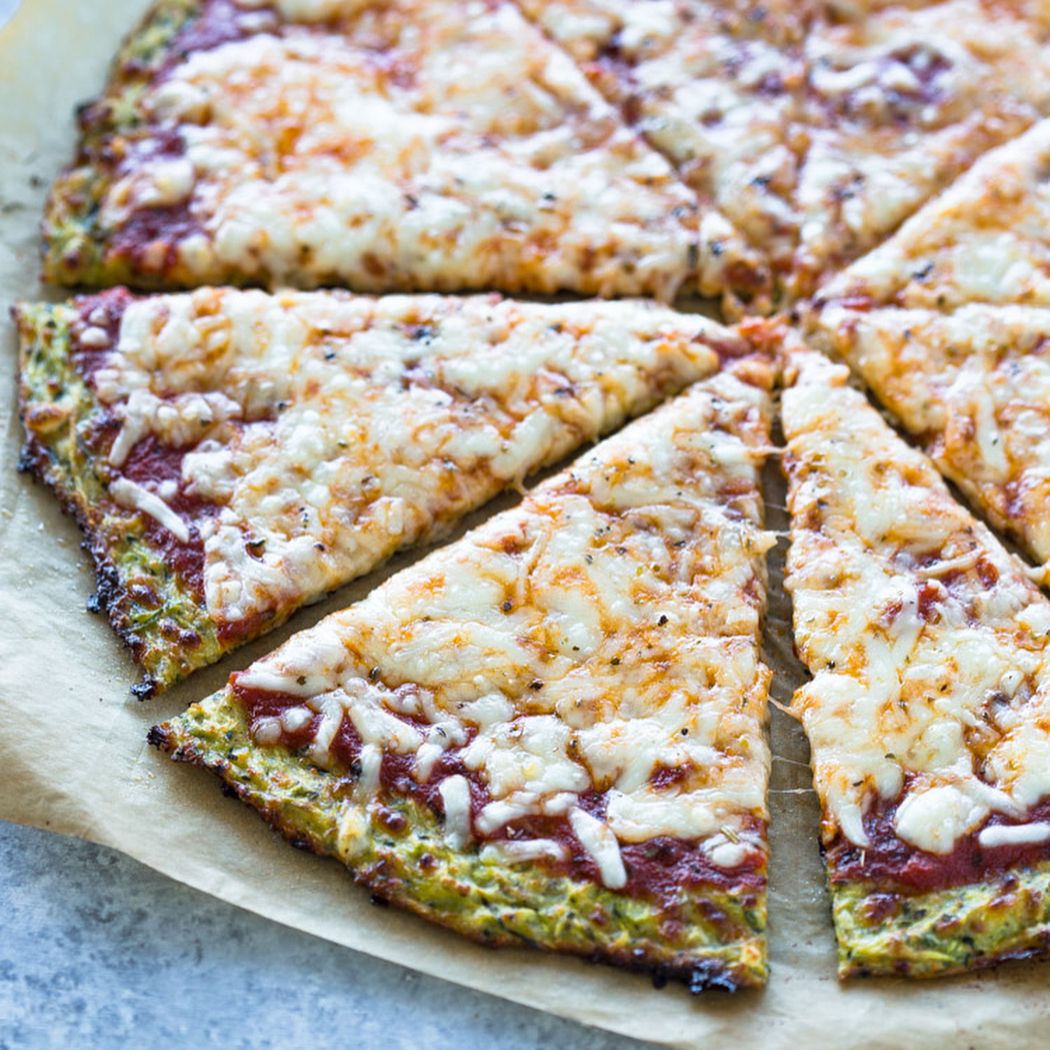 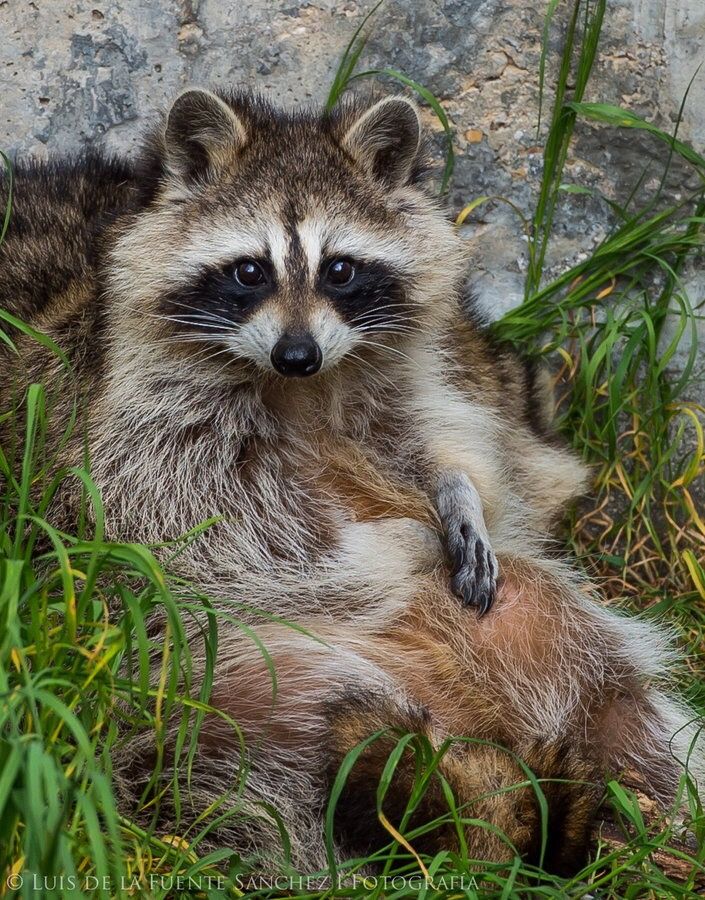 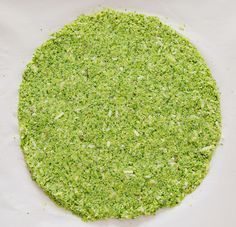 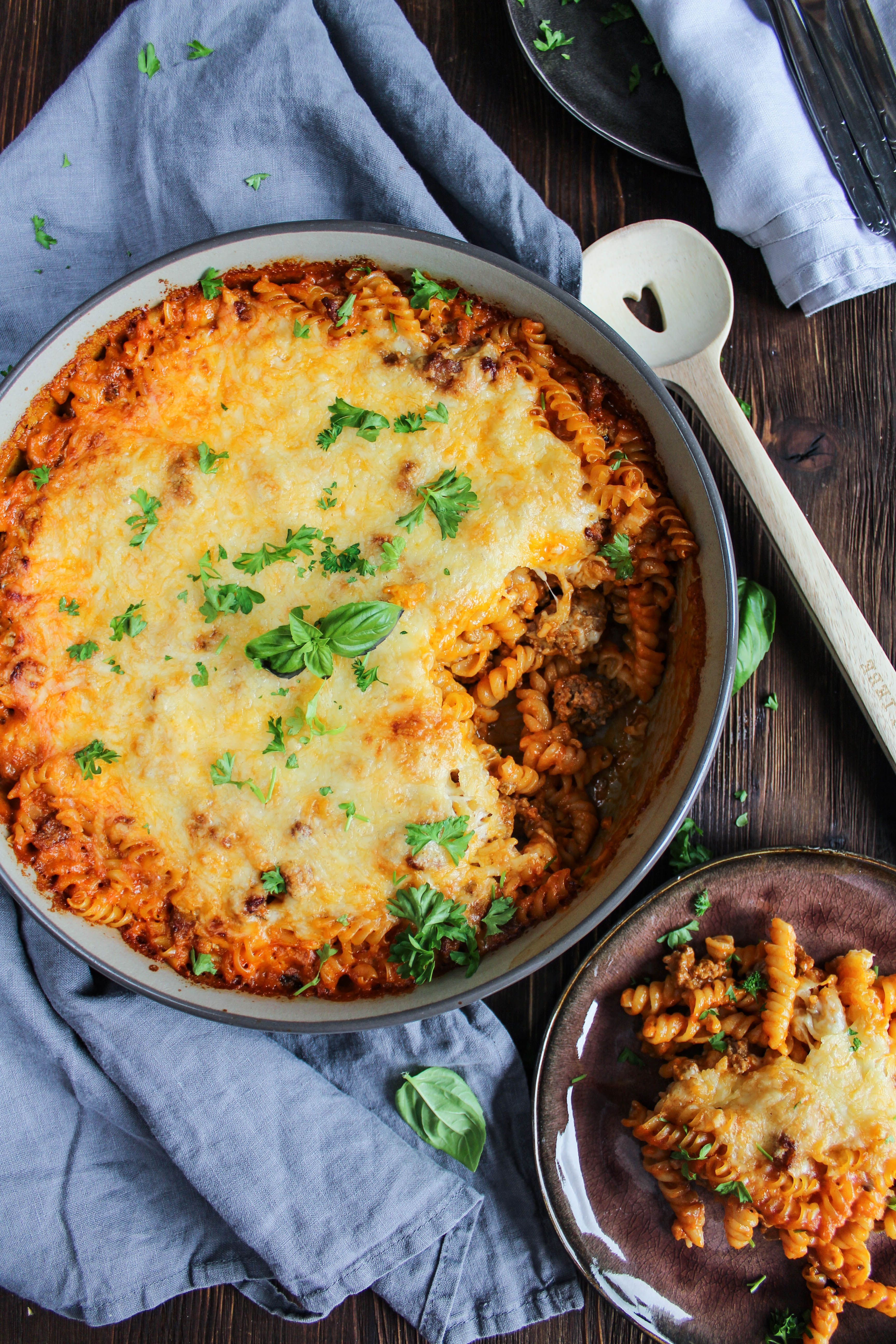 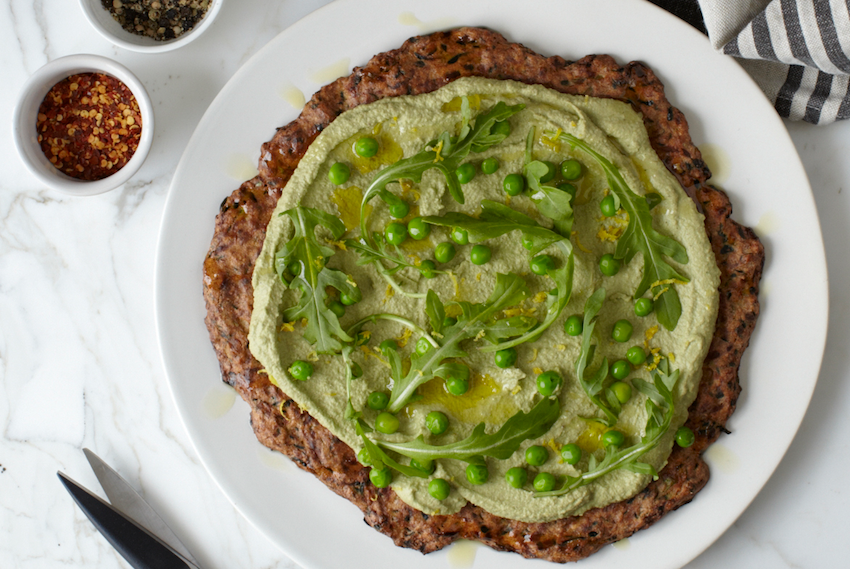 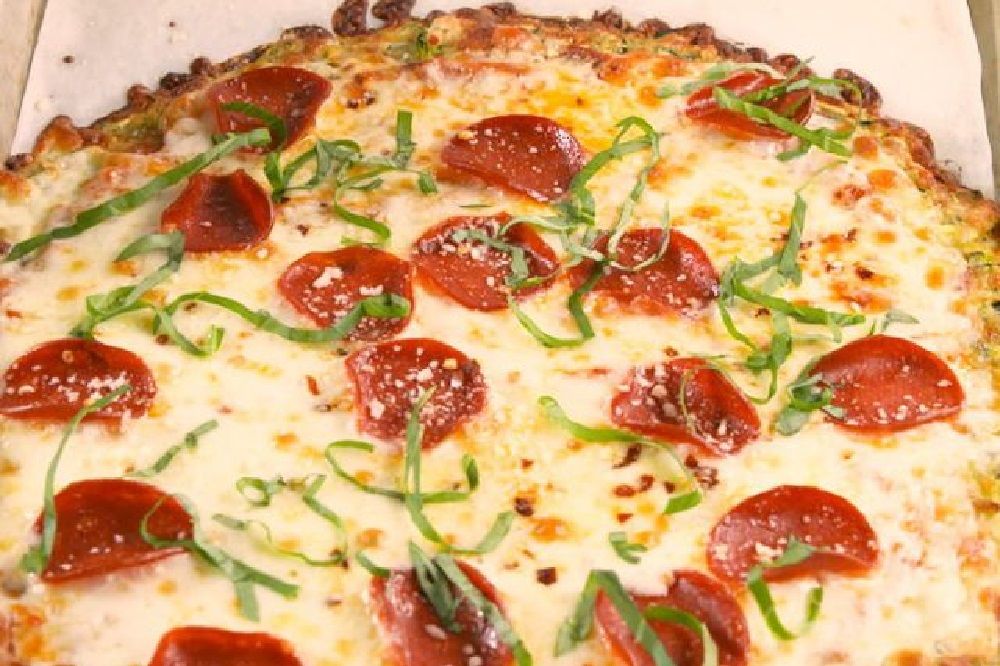 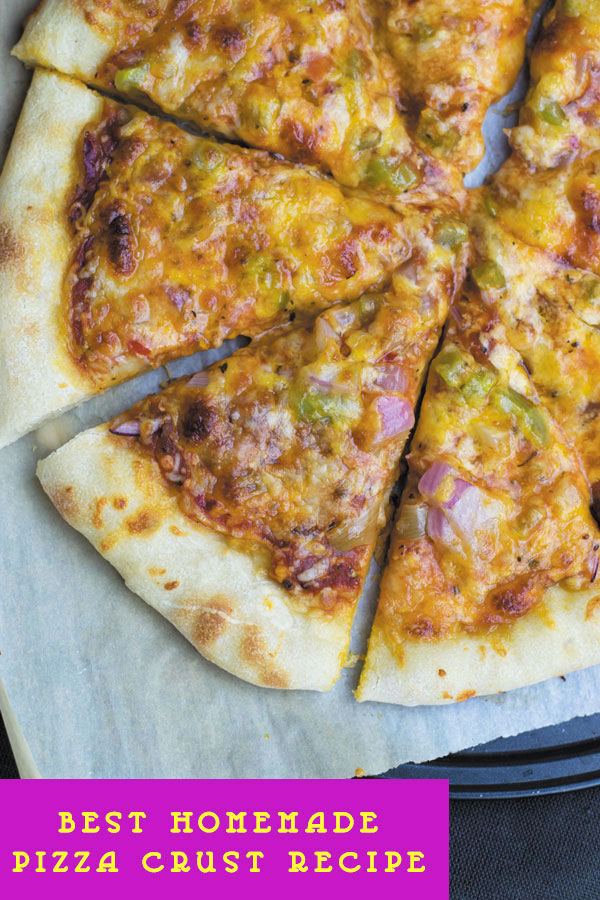 This dough yields 2 large or 3 medium size pizza crusts. So even if you are planning on making just 1 or 2 pizza. make the entire recipe and then freeze the remaining dough in airtight container. Thaw it overnight for use next time. 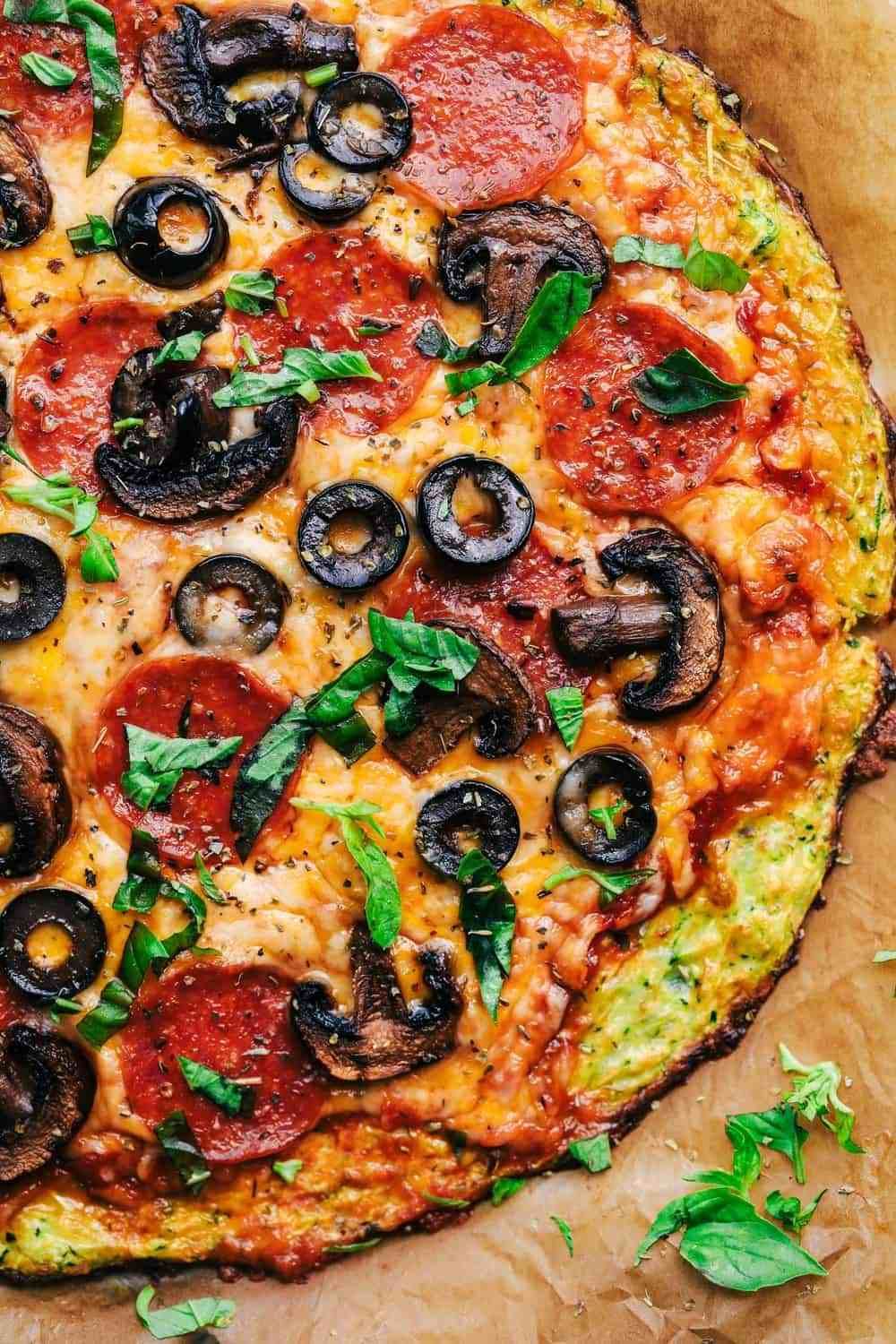 Zucchini Crust Pica easy recipe is perfect if you want healthier with low amount of carbs, but also so delicious that your friends and family will love it. The ingredients for the crust are eggs, Parmesan cheese, mozzarella cheese, flour and of course zucchini. There's no better way to sneak in the healthy veggies for the kids, than to make a pizza. The cheese and your favorite toppings will make them ask for more. How do you make zucchini crust for the pizza? Add flour, eggs, parmesan cheese, zucchini, mozzarella cheese, and little salt to a bowl and mix it. Move to a pizza pan and spread equally to make a crust. The pan should be 12 inches in diameter. Bake for 14-15 minutes at 450 F, until the crust is lightly brown. Add your favorite toppings, first pizza sauce, then cheese and place it back in the oven, this time for 10-15 minutes at 400 F. Tips to make the best zucchini crust pizza: Dry up the zucchini by placing it to a colander. Put in a little salt and let it rest for about 20 minutes. Then dry it with paper towel. The color you should aim for the crust should be golden brown Topping ideas for zucchini pizza Bacon Black Olives Pepperoni Mushrooms Pineapple and Ham Sausage Canadian Bacon Bell Peppers Onion The best melting cheeses for zucchini pizza Provolone Mozzarella Gouda Fontina Asiago Gruyere Instructions Heat the oven at 450 degrees Fahrenheit. Add zucchini, flour, eggs and salt to a large mixing bowl and mix. Add mozzarella and Parmesan cheese and mix until they are combined well. Take a 12 inch pizza pan and spread the zucchini crust in circle, about 10 inches in diameter. Bake until it's golden brown color, it should take about 14-15 minutes. After that remove it, and lower the oven temperature to 400 degrees Fahrenheit. Spread the pizza sauce on the zucchini crust and add cheese and all the toppings. Put oregano on the top also and bake until cheese is bubbly, it should take around 10-15 minutes. Ingredients Zucchini crust Three cups of zucchiniTwo eggsOne teaspoon of salt (Or more, according to your taste)Quarter cup of flourQuarter cup of parmesanHalf cup of mozzarella cheeseHalf cup of pizza sauceOne cup of shredded mozzarella cheeseHalf cup of shredded cheddar cheeseQuarter cup of pepperoniSliced olives, as much as you desire Sliced mushrooms, according to your tasteOne teaspoon of oregano, dried Pin the image below if you like this Zucchini Crust Pizza Recipe!